Child Enterovirus Infection May Up Risk for Developing Celiac Disease 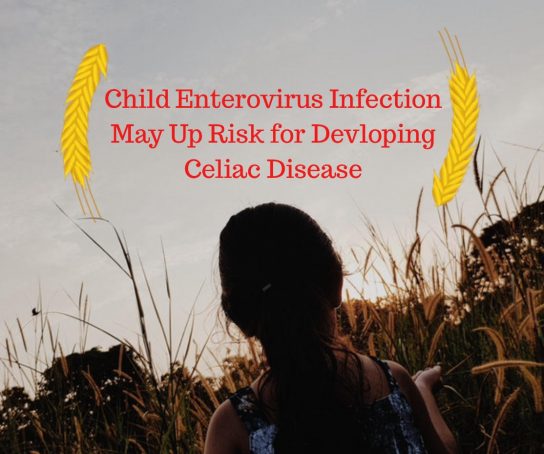 Correlation seen for infections after introduction of gluten; no link for adenovirus.
A higher frequency of enterovirus infections in early childhood is associated with an increased risk for developing celiac disease, according to a study published online in the The BMJ.
Christian R. Kahrs, M.D., from the Østfold Hospital Trust in Norway, and colleagues examined whether infection with enterovirus or adenovirus predicts development of celiac disease. Data were included for 220 children carrying a genotype conferring an increased risk for celiac disease who had blood samples taken at ages 3, 6, 9, and 12 months and then annually to test for celiac disease antibodies.
The researchers found that after a mean of 9.9 years, 25 children were diagnosed as having celiac disease after screening and were each matched to two controls. Overall, enterovirus was detected in 17 percent of 2,135 samples and was significantly more frequent in samples collected before celiac disease antibody development in cases versus controls (adjusted odds ratio, 1.49). The correlation was only seen in infections after the introduction of gluten. Higher risk estimates were seen for high-quantity samples (>100,000 copies/µL) and long-lasting infections (more than two months; adjusted odds ratios, 2.11 and 2.16, respectively). For infections during or after development of celiac disease antibodies, there was no correlation. There was no correlation for adenovirus with celiac disease.
“Given the limited number of cases, we call for corroboration in similar studies and preferably interventional studies to reach conclusions about causality,” the authors write.
At Botanica Medica our Naturopaths come across lots of interesting studies, like this one and are always updating their knowledge. If you would like to make an appointment with one of our Naturopaths call Botanica Medica on 8271-1827 today. They are only to happy to share the knowledge they have gained through their studies and patient outcomes, and get you feeling better. Botanica Medica is located at 97 Glen Osmond Road, Eastwood and appointments are available Monday to Saturday including some after hours.
References:
published online Feb. 13 in the The BMJ.
THURSDAY, Feb. 14, 2019 (HealthDay News)