In Response to Last Weeks Media on Benzodiazepine Medications. 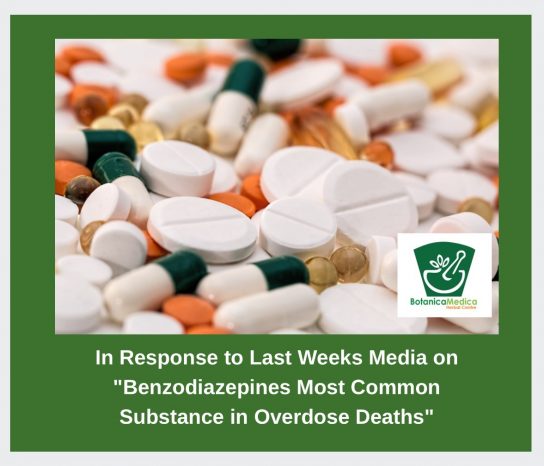 Last week, there was much media attention discussing the dangers of benzodiazepine medications.

Decades of inappropriate prescribing and overprescribing of medications such as diazepam, oxazepam, temazepam, alprazolam and nitrazepam (the “pams”) have caused much harm, dependence and worsening of mental health conditions and insomnia.
They often worsen the underlying problems they treat (especially the short acting alprazolam and oxazepam).
As a pharmacist of 30 years experience, I have seen first hand the harm of these medications.
Unfortunately, the use of benzodiazepines as front line therapy for insomnia and sleep disturbances has been particularly damaging.  They were never intended as regular therapy.  One of the main problems is that despite the fact they are used to treat insomnia, they actually inhibit the vital REM and Non-REM sleep.  These stages of sleep are vital for brain neurogenesis, repair, toxin removal, hormone and immune regulation.
Sleep quality and quantity is what matters. Sleep is an active regulated process, not a state of not being awake.
YES the medications commonly prescribed for insomnia actually worsen the underlying insomnia.  This is why many people end up dependant, on higher and higher doses and experience the many adverse effects.
These include a hangover effect, impaired memory, concentration, balance and co-ordination, and depression.  Many people will comment that they feel like a “zombie” I have even seen clients diagnosed with dementia, when in fact they were just suffering the effects of high dose benzodiazepines.
A recent meta-analyses (study combining results of many trials) showed they were associated with increased death from just minimal usage.  This was most likely attributed to increased car accidents and immune suppression from the impaired sleep,and death from overdosage.
The effect of Benzodiazepines effect is more akin to being unconscious, than being asleep.  The often publicised zolpidem claims as its advantage, that it doesn’t inhibit or alter REM sleep.  Unfortunately it causes other serious adverse effects.
As a Naturopath, I have been able to treat many people, enabling them to safely reduce and eliminate their use and get their lives back!!
I have done this by treating the underlying factors involved in their insomnia, anxiety and pain.  The treatments I use do not cause impairments in alertness, memory or mood.
Many people are both genetically and by circumstances, susceptible to anxiety and insomnia, These are commonly compounded by the effects of diet and lifestyle.  Recent studies ave also highlighted the effects of in-utero stress on genetic expression.
Whilst you can’t go back in time, we can reverse these effects on your of genetic expression ( called epigenetics).
A thorough examination of your individual circumstances allows me to prescribe a personalised approach to restoring your health and eliminating the need to take these potentially and increasingly harmful medications.
Written by Craig Wainwright who has an Advanced Diploma of Naturopathy, Nutrition, Western Herbalism, bachelor of pharmacy (B Pharm.).
Craig from Botanica Medica Herbal Centre will always seek to address the underlying cause of your health condition and you can be sure he will always treat you as an individual.  If you would like to make an appointment with Craig Wainwright, call Botanica Medica on 8271-1827 today.
Botanica Medica is located at 97 Glen Osmond Road, Eastwood and appointments are available Monday, Wednesday, Friday and Saturday including some after hours.
References
Kripke, D. F., Langer, R. D., & Kline, L. E. (2012). Hypnotics’ association with mortality or cancer: a matched cohort study. BMJ open, 2(1), e000850. doi:10.1136/bmjopen-2012-000850
Bachhuber, M. A., Hennessy, S., Cunningham, C. O., & Starrels, J. L. (2016). Increasing Benzodiazepine Prescriptions and Overdose Mortality in the United States, 1996-2013. American journal of public health, 106(4), 686–688. doi:10.2105/AJPH.2016.303061
Isbister, G. K., O’Regan, L., Sibbritt, D., & Whyte, I. M. (2004). Alprazolam is relatively more toxic than other benzodiazepines in overdose. British journal of clinical pharmacology, 58(1), 88–95. doi:10.1111/j.1365-2125.2004.02089.x
Abrahamsson T1, Berge J1, Öjehagen A1, Håkansson A2. Benzodiazepine, z-drug and pregabalin prescriptions and mortality among patients in opioid maintenance treatment-A nation-wide register-based open cohort study. Drug Alcohol Depend. 2017 May 1;174:58-64. doi: 10.1016/j.drugalcdep.2017.01.013. Epub 2017 Feb 28.
Sarris J1, Laporte E, Scholey A, King R, Pipingas A, Schweitzer I, Stough C
Does a medicinal dose of kava impair driving? A randomized, placebo-controlled, double-blindstudy. Traffic Inj Prev. 2013;14(1):13-7. doi: 10.1080/15389588.2012.682233.
Artwork created in Canva