IS THERE A LINK BETWEEN LOW VITAMIN D AND IBS? 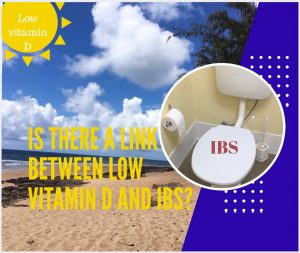 People suffering from irritable bowel syndrome have been shown to have a deficiency in vitamin D, leading to new therapeutic options.
Strongly associated with many systemic disorders, vitamin D has been the focus of numerous studies, especially in its deficiency. In one study, the role of vitamin D deficiency in irritable bowel syndrome (IBS) patients compared to a healthy control group was investigated.
Measuring the vitamin D level in both cohorts – patients with IBS, n=60 and healthy individuals n=100 – results showed vitamin D deficiency was detected in 49 patients (82%) in the IBS group and 31 patients (31%) in the control group and there was a statistically significant difference in the mean vitamin D level (p=0.025) between the IBS group and control group.
Irritable bowel syndrome (IBS) is a gastrointestinal disorder characterised by a group of systems such as diarrhoea, abdominal function and constipation and is thought to be due to neuro-hormonal bowel wall-gut axis dysfunction.
The study suggests that as bone loss associated with vitamin D has been an observed in numerous abnormal abdominal conditions such as celiac disease, inflammatory bowel disease, and post-gastrectomy cases and; with areas of the gut involved in vitamin D absorption the importance of vitamin D deficiency needs to be addressed in IBS patients as well.
In managing patients with IBS, the study called for more research to establish the therapeutic role of vitamin D especially addressing deficiency during diagnosis and treatment of the condition. The researchers recommended vitamin D supplementation be considered as a part of the therapeutic protocol in patients with IBS with further investigations into determining a quantifiable amount of vitamin D supplementation to establish the optimal dose-response effect.
At Botanica Medica our Naturopaths are well aware of the importance of good vitamin D levels and the effect it can have on your life both physically and mentally. They come across lots of interesting studies and are always updating their knowledge. If you would like to make an appointment with one of our Naturopaths call Botanica Medica on 8271-1827 today. They are only to happy to share the knowledge they have gained through their studies and patient outcomes, and get you feeling better. Botanica Medica is located at 97 Glen Osmond Road, Eastwood and appointments are available Monday to Saturday including some after hours.
Source: Oman Med J. 2015 Mar; 30(2): 115–118.  doi:  10.5001/omj.2015.25
Graphics created in Canva