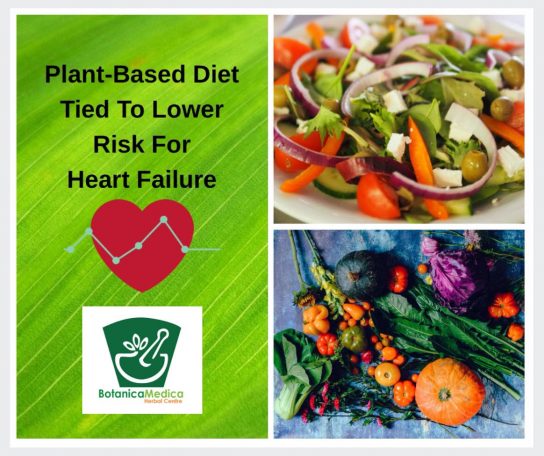 Our dietary patterns of more fried food and sweetened beverages tied to higher risk.
Plant-based diets are associated with a lower risk for heart failure in adults without known heart disease, according to a study published on the April 30 .
Kyla M. Lara, M.D., used data from the REasons for Geographic and Racial Differences in Stroke trial to evaluate associations of five dietary patterns (convenience, plant-based, sweets, Southern, and alcohol/salads) with incident heart failure hospitalisations among 16,068 U.S. adults (mean age, 64.0 years; 58.7 percent women; 33.6 percent black).
During a median 8.7 years of follow-up, the researchers found 363 participants had incident heart failure hospitalisations. The highest quartile of adherence to the plant-based dietary pattern was associated with a 41 percent lower risk for heart failure in adjusted models versus the lowest quartile (hazard ratio, 0.59). There was a 72 percent higher risk for heart failure with the highest adherence to the Southern dietary pattern, after adjusting for age, sex, and race and other potential confounders (hazard ratio, 1.72). However, after further adjusting for body mass index, waist circumference, hypertension, dyslipidemia, diabetes mellitus, atrial fibrillation, and chronic kidney disease, the association was no longer statistically significant. There were no significant associations with the other three dietary patterns.
“These findings support a population-based dietary strategy for lowering the risk of incident heart failure,” Lara said in a statement.
At Botanica Medica our Naturopaths are well aware of the importance of a good diet and the effect it can have on your life both physically and mentally. They come across lots of interesting studies and are always updating their knowledge. If you would like to make an appointment with one of our Naturopaths call Botanica Medica on 8271-1827 today.  Botanica medica is located at 97 Glen Osmond Road, Eastwood and appointments are available Monday to Saturday, including some after hours.
REFRENCES :
study published in the April 30 issue of the Journal of the American College of Cardiology.
TUESDAY, May 7, 2019 (HealthDay News)
Kyla M. Lara, M.D., from Icahn School of Medicine at Mount Sinai in New York City,
Artwork created in Canva