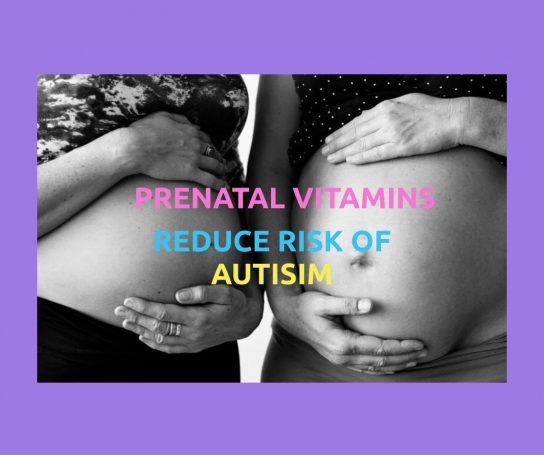 Taking vitamins during the first month of pregnancy may reduce the risk of autism spectrum disorder (ASD) in siblings of affected children by half, according to findings published online today in JAMA Psychiatry.
Although some investigations have associated maternal use of folic acid supplements during early pregnancy with reduced risk for autism spectrum disorder in the child, studies have not probed an association in younger siblings of children diagnosed with autism spectrum disorder.
Rebecca J. Schmidt, PhD, of the University of California, Davis, and co-workers examined recurrence in families considered high risk because an older child has autism spectrum disorder. Focusing on high-risk families avoids the need to recruit large numbers of families that would be required if tracking initial cases, and compares children with similar environments who share on average half of their genomes.
Studies have found that siblings of children with autism spectrum disorder face a 12-fold higher risk relative to the general population, with an autism spectrum disorder incidence ranging from 19% to 24%. Siblings of children with autism spectrum disorder are also at higher risk for language delay, attention deficit, intellectual disability, and other autistic features.
The prospective cohort study analyzed data from 241 children who have a sibling diagnosed with autism spectrum disorder. Of the children, 140 (58.1%) were male, with a mean age of 36.5 months.
The younger siblings were born between 2006 and 2015 and were assessed within 6 months of their third birthdays. Mothers reported their prenatal vitamin use by phone during the first and second halves of the pregnancy and after the birth.
Most of the mothers (231; 95.9%) reported taking prenatal vitamins during pregnancy, but only 87 (36.1%) took them during the 6 months before conception, and 128 (53.1%) took prenatal vitamins in the first month of pregnancy.
Overall, 55 children (22.8%) met criteria for autism spectrum disorder, 60 (24.9%) had non-typical development, and 126 (52.3%) had typical development. Children in the autism spectrum disorder group were more likely to be male than were children in the typical development group (38/55 [69.1%] vs 65/126 [51.6%]; P = .03).
Among children whose mothers took prenatal vitamins in the first month of pregnancy, the prevalence of autism spectrum disorder was 14.1% (18/128), compared with 32.7% (37/113) in the children of women who did not. Children whose mothers took vitamins during the first month were less likely to receive an autism spectrum disorder diagnosis (adjusted relative risk [RR], 0.50; 95% confidence interval [CI], 0.30 – 0.81) but the risk of other non-typical development was no different between the two groups at 36 months (adjusted RR, 1.14; 95% CI, 0.75 – 1.75).
Children whose mothers took vitamins in early pregnancy also had statistically significantly lower autism symptom severity (adjusted estimated difference, –0.60; 95% CI, –0.97 to –0.23) and higher cognitive scores (adjusted estimated difference, 7.1; 95% CI,1.2 – 13.1).
In addition, the highest tertile of total mean folic acid supplementation during the first month of pregnancy was associated with the greatest reduction in autism spectrum disorder risk, consistent with indications that the perinatal period is particularly important. The amount recommended for pregnancy is ≥ 600 μg; multivitamins, with less than 400 μg, are not associated with decreased autism spectrum disorder risk.
“Considering the potential for greater genetic susceptibility in these families, these findings, if replicated, imply that susceptibility could potentially be overcome by environmental manipulation,” the researchers conclude.
They call for further investigation of folic acid dose thresholds and effects of other nutrients in the prenatal environment that might elevate risk of autism spectrum disorder.
At Botanica Medica our Naturopaths are well aware of the importance of a good diet, vitamin intake and the effect it can have on your life. They come across lots of interesting studies and are always updating their knowledge. If you would like to make an appointment with one of our Naturopaths call Botanica Medica on 8271-1827 today. They are only to happy to share the knowledge they have gained through their studies and patient outcomes. Botanica Medica is located at 97 Glen Osmond Road, Eastwood and appointments are available Monday to Saturday including some after hours.
Limitations of the study include the observational design and the small sample size.
The researchers have disclosed no relevant financial relationships.
JAMA Psychiatry. Published online February 27, 2019. Abstract
References
News > Medscape Medical News
More Evidence Prenatal Vitamins Reduce Risk for Autism
Ricki Lewis, PhD
February 27, 2019
published online today in JAMA Psychiatry.
Artwork Created in Canva